At Toro, no matter what sector, we have the skill set and experience.

Toro tensioned structures are fabricated using hot-dip galvanised, latticed steel frame which makes them extremely structurally efficient. The advantages of this are low weight for shipping. Furthermore there is significantly reduced loads for foundations and the ability to create clear spans (up to 60M), even in a windy environments.

The incredibly strong composite membranes that cover our tensioned structures are UV stabilised, and are tried and tested in the Middle East and Africa. They transmit enough light to negate the need for artificial lighting during daylight operation and remain impervious to wind, rain, snow and chemical attack. 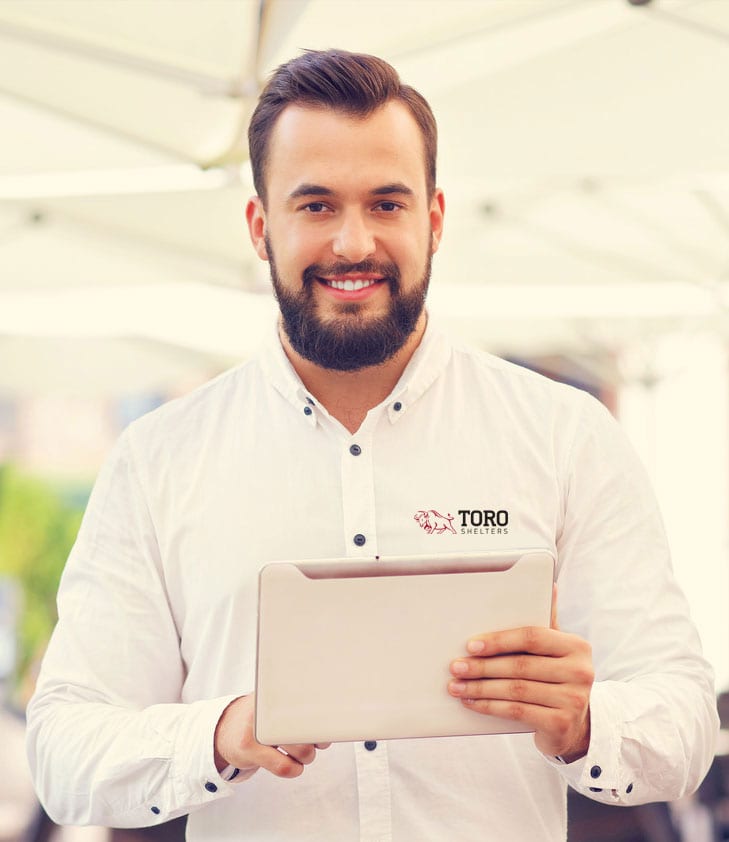 Too busy to talk right now?

In short, we’d love to chat about your temporary or permanent fabric shelter requirements. However, we understand if now isn’t the right time. Therefore, please leave your contact details here. We’ll arrange a call back at a time that suits you.

Toro’s philosophy puts clients at the centre of what we do. Therefore, our Sales Team will provide clear and informative advice. Above all, we’ll guarantee the very best return on investment. We’ll also guarantee industry leading service.